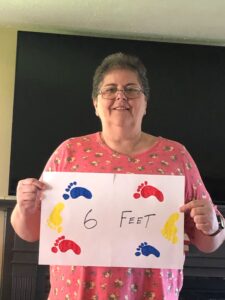 Autism 101: The Evolution of Our Modern-Day Viewpoint

THE FOCUS OF OUR WORK SHOULD NOT BE TO FORCE CHILDREN AND ADULTS WITH AUTISM TO FIT INTO OUR WORLD.

Everyone and everything have a history. The perception of autism is no different. Throughout its long history, we have learned a lot – and we have become much more tolerant. As the diagnosis evolved, so too did our level of acceptance and understanding. Please join me on a trip down memory lane where I will share with you how a journey of over 100 years has shaped our understanding of autism as we know it today.

All Aboard! A Journey to Finalizing the Autism Diagnosis

It would be easy to think that autism is a new diagnosis. Although the number of persons diagnosed with it has risen significantly in the recent past, professionals have used specific language to describe it for more than 100 years.

1908 – The first stop on our trip takes us back to 1908 when professionals first began using the word autism. It was mostly used in cases where a person was viewed as “withdrawn and self- 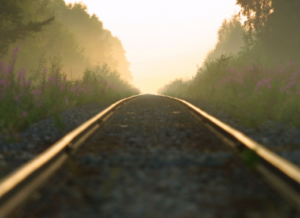 1944 – The next stop is 1944, when Hans Asperger first described similar behaviors, but much milder in nature and occurring in highly intellectual boys. This set of symptoms became known as Asperger’s Syndrome.

1980 – As we arrive in 1980, Infantile Autism is now listed in the Diagnostic and Statistical Manual of Mental Disorders (DSM) for the first time.

1991 – Next stop, 1991. The federal government adds autism as a category for students to be eligible to receive special education services.

2013 – The final stop on this trip puts us in 2013.  The DSM-V eliminates the subcategories of autism, including Asperger’s Syndrome and replaces them under one umbrella diagnosis labeled Autism Spectrum Disorders (ASD).  As of today, we still use this diagnosis for children and adults exhibiting primarily: 1.  impaired social communication and/or interactions, and 2. restricted and/or repetitive behaviors. This change to simpler language and diagnosis has helped to clarify people’s understanding and acceptance of individuals with autism.

In 1972 the Autism Society launched the first annual National Autistic Children’s week, which has now evolved into Autism Acceptance Month. In November of 2007, the Third Committee of the UN General Assembly approved eight draft resolutions, one of which was to designate a day for World Autism Day. In response to that resolution, Autism Speaks now leads the celebration of World Autism Day every April 2nd and began the celebration we now know as Light It Up Blue! Throughout the month of April, we focus on wearing blue, sharing stories, and providing opportunities to increase understanding and acceptance of people with autism. This effort is widely believed to have made a significant difference in increasing awareness, promotion, and acceptance.

The Symbols of Autism

Those of us who have the opportunity to live and work with people with ASD, have come to accept both the color blue and the multi-colored puzzle piece as symbols of this world through which we navigate. But when asked, very few can explain the origin of these symbols.

Let’s start with color. Blue is the primary color for all materials associated with Autism Speaks, a large national organization dedicated to supporting people who have autism and their families.  This connection to such a well-known nonprofit resulted in the adoption of the color to represent autism in general. Additionally, blue is often associated with a calm feeling and acceptance in an otherwise loud and busy world for people on the spectrum. 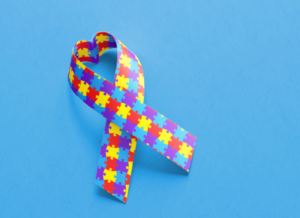 What about that puzzle piece? In 1999 the Autism Society of America, another national nonprofit focused on improving the lives of people on the spectrum, created the puzzle piece ribbon as a symbol of autism awareness. The Autism Society explains that, “the puzzle piece pattern reflects the complexity of autism spectrum disorders, while the different colors and shapes represent the diversity of the people and families living with autism.”

The level of recognition of both symbols has aided enormously in the acceptance of autism by the broader community.  As one mother explained to me, “Any time we go out, we put one of Jacob’s puzzle shirts on and people no longer stare or make comments if he’s having any issues.”  Just as young children recognize those golden arches well before they can read, so do we as adults benefit from the use of symbols to help us understand the world around us.

Different Does Not Mean Less

Over the many years I have been in this field, I have heard both parents and professionals make the comment, “if you’ve met one child with autism, you’ve met one child with autism.” The good news in that statement is the realization that all children, regardless of their different abilities, are special and unique.  Different does not mean less.  The focus of our work should not be to force children and adults with autism to fit into our world.  Our efforts should be to help educate the community about the unique gifts that people with autism bring to our lives and to our communities.  Let’s work to create communities where all people are accepted simply for who they are.