Perceptions of Racism Among Young People at PEP

NO ONE LIKES BEING TALKED DOWN TO. IT HURTS. IF YOU THINK ABOUT WHAT THAT MIGHT FEEL LIKE, MAYBE YOU WOULD STOP. 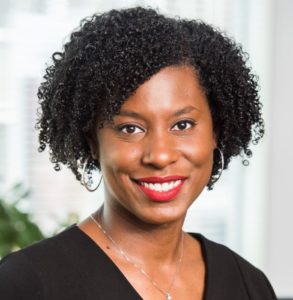 Amplifying the Youth Voice as a Part of CACE

I’m proud to serve as a member of Cuyahoga County Citizen’s Advisory Council on Equity, or CACE, which was created in response to Cuyahoga County’s formal declaration of racism as a public health crisis in July of 2020. When I wear my “CACE hat,” it is with a deep sense of responsibility to represent young people as the council explores the many disparities between Black and White citizens in our county. In this role, I want to do more than just speak for youth – I want to amplify their authentic voice and learn more about experiences and perceptions of racism among young people at PEP.

I am excited that the CACE will soon share a toolkit for talking with young people about racism and its impact on them, their family, and their friends. As the toolkit was being developed, I wanted to engage PEP youth and had discussions with two Black students from one of our PEP Day Treatment Centers, Adrianna and Curtis, to help inform the content of the CACE toolkit. I wanted to find out how they perceived racism and what impact it had had on them. Their comments were thoughtful and insightful – and at times heartbreaking.

These conversations also reinforced a very important commitment we make to students at PEP. We refuse to remain neutral when it comes to racism. For the Black and Brown children and families we serve, racism is their unmitigated reality, an insidious daily trauma undermining their health and well-being. We are committed to trauma-informed practice that recognizes this reality. As practitioners we’re taught that in trauma-informed care, you must change the question from, “What’s wrong with you?” to, “What happened to you?” Putting this idea into an anti-racism framework means we must also ask, “What has happened to Black and Brown people in our country over the last 400 years?” This is something that we will continue to do at PEP.

Key Themes on Perceptions of Racism Among Young People

I had separate meetings with the students, but there were several key themes that arose in both conversations. Some of these themes are highlighted below.

When I asked the students how racism impacted them, their community, and their family, neither missed a beat as they described being treated poorly while shopping. Both mentioned times when they had been closely followed by store personnel who eyed them suspiciously.

“We went to Macy’s the other day and a Caucasian lady kept following us around the store,” said Adrianna. “There were four of us and we all had big bags. I felt some type of way. I asked her why she was following us, and she just laughed.”

For Curtis, the disrespect was even more evident.

“We go out shopping a lot. People look at us differently. [When we are finished making our purchase] people throw it. They don’t just hand it to us.”

In addition to negative shopping incidents, Adrianna brought up feeling targeted and disrespected by police. She described one incident in which her mother was pulled over. Two officers approached the car and when her mother rolled the window down, one of them said to the other, “She has big breasts.”

I asked them both how these types of interactions impact them. Though they both elaborated further, Adrianna and Curtis began their response to this question in the same way: “It hurts.” To me, this two-word phrase is a powerful way to describe one of the most salient things I gathered during these discussions on perceptions of racism among young people: It hurts.

Another question I asked both students was what adults need to do to make change. Again, they both provided answers with similar themes. In this case, it was “treat others the way you want to 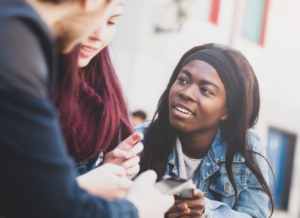 be treated.” Curtis stated it quite powerfully.

“Treat any race, any ethnicity, the way you would want to be treated. Think of it as if you were to switch roles. Think about what it feels like. No one likes being talked down to. It hurts. If you think about what that might feel like, maybe you would stop.”

What was also notable to me about this part of the discussion was that while they both recognized the importance of the “golden rule” and what impact it would have on mitigating racism if more people embraced it, they also acknowledged that it didn’t matter if people didn’t want to change. In other words, even at their young age, they are quite savvy in recognizing that lip service to the notion of fairness doesn’t matter if people don’t take action.

Young People Are Not Fully Aware of Structural Racism

During both of my conversations, I took some time to describe structural racism and see if either of the students had heard of it. Though they both lived with its consequences, their perception of racism did not include a deep awareness of structural racism.

I described redlining to Adrianna, saying that it was a practice that came about through federal legislation that was passed by the senate, approved by the house, and signed by the president to discriminate against Black people. It was then disseminated to real estate agents and banks to deliberately harm Black people and its impacts are still being felt today. “That’s why,” I continued, “there are areas in cities across the country that look like Collinwood, Glenville and East Cleveland. They are poor and there is disinvestment and yet we deserve to live in safe housing.”

Adrianna jumped in to demonstrate her understanding and shared an experience regarding lead poisoning. I explained to her that her story is a perfect example of what I was describing. “Today, here we sit, as community members, dealing with policies that were enacted in the 40s and 50s.” I shared that lead poisoning disproportionately impacts Black children as a direct result of a deliberately racist housing policy to discriminate against Black people.

This conversation was the first time Adrianna was able to make that connection. It is also a perfect example of why Cuyahoga County was compelled to declare racism a public health issue, the story she shared is only one of many examples.

I was both surprised and not surprised by what I heard during my conversations with students to better understand perceptions of racism among young people. It never stops shocking me that there is so much hate and discrimination in our country and yet, I’ve seen it, felt it, and heard about it far too often to be surprised when I find it. 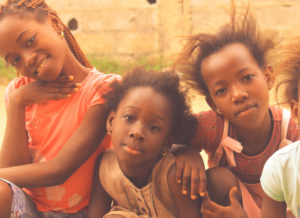 And while parts of my conversations with these students were difficult, there was hope, as well. Adrianna and Curtis both have big dreams to change their communities for the better. Adrianna wants to build a homeless shelter when she grows up. She believes being Black and living in poverty are intertwined – and that there are too many barriers to housing. She hates seeing people who have nowhere to live so she intends to have her brothers build a shelter that she can manage. Curtis feels empowered to make change. “I want to speak out,” he said. “I don’t want to sit around and watch. I want to try to get up and say something.”

Finally, there’s another commitment I want to make to the kids we serve. We will celebrate Blackness. Both Adrianna and Curtis suggested one of the ways to fix racism was for Black people to “fix themselves” in some way. This line of thinking – that the victims of discrimination are also responsible for proving their worth before being treated equitably — is something we must unlearn. One way we can do that is by honoring the contributions Black people have made to our country. We can be deliberate in our teaching and ensure that we do more than talk about slavery when we talk about Black people.

As I told Adrianna, “You have to remember that WE learned anti-Black racism, too. We have a history of amazing stuff, not just bad. And what would America be without our Black people? We wouldn’t have the food we love, the music, the coolness, the swagger!”

At PEP, you can count on us celebrating that every day.