SO, WHAT WAS IT THAT LED THESE PEP VISIONARIES TO BUILD THEIR PROGRAM AROUND SUCH A NEW AND RELATIVELY UNTESTED PHILOSOPHY? 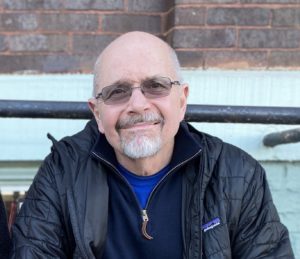 For Positive Education Program, Re-ED has been our North Star from the beginning. It is a philosophy that guides our practices, nurtures our culture, and anchors our mission. Yet, like all things intimately familiar, it can also be easy to take it for granted. And for those who may be less acquainted with Re-ED, it can feel secondary to the actual day-to-day work we do with kids. In truth, though, it is at the core of everything we do. That is why it’s important to occasionally take a step back and examine the origins of Re-ED, as well as the profound impact it has had on how we understand and care for troubled and troubling youth.

The concept of Re-ED began with psychologist Nicholas Hobbs in 1961, with funding provided by a grant from the National Institutes of Health. Dr. Hobbs established an 8-year pilot project called “Re-ED: A Project for the Re-Education of Emotionally Disturbed Children,” to address the need for affordable and effective mental health services for children at the time.

Ten years later in 1971, PEP founders Dr. Rico Pallotta and Dr. Lee Maxwell joined forces to develop their own program based on the Re-ED principles. So, what was it that led these PEP visionaries to the dramatic decision to build their program around such a new and relatively untested philosophy? Essentially, it was three radical ideas. 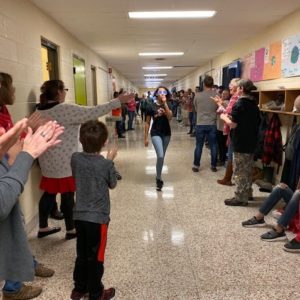 At the time, the traditional method for “treating” children with mental health needs focused on individual psychotherapy, incarceration and/or institutionalization. Obviously, these were inadequate to service the needs of millions of children in need of help.

Re-ED, on the other hand, focused on the simple yet powerful idea that successful child development is fueled by a child experiencing success in their natural environments, like school and home. If you enable the circumstances for a child to be successful, those successes can become a springboard for even more success. This notion  ̶  that successful living was healing in and of itself  ̶  would become the precursor for what is now commonly referred to as strengths-based practices, used widely today in psychology, education and criminal justice.

Conversely, Hobbs and his colleagues believed that emotional disturbance was the outcome of discord in the child’s ecology. To address a child’s socio-emotional challenges, you must treat the child’s ecology, which consists of the interactions and relationships between the child and others such as parents, siblings, and the school. 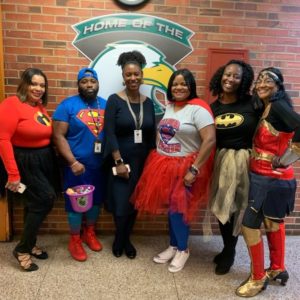 The creation of the teacher counselor (TC) was the third radical idea and is central to the framework of Re-ED. In fact, this unique professional role is widely understood as the “heart of Re-ED.” Hobbs envisioned the TC as a well-trained, educated, decent, and compassionate adult, knowledgeable on how to teach and help children learn and empathic to the child’s emotional needs. This person wasn’t a specialist or expert but fundamentally a “natural care worker,” someone with the “with-it-ness” or as we would say now, emotional intelligence, to understand, anticipate and helpfully respond to the emotional needs of the child.

The teacher counselor role is unique in ways beyond the title and personal qualities. The person in this position is considered the most essential and consequential to success with the child. The TC, who is anyone with direct care responsibilities for the child, regardless of credential, plays the central role(s) in an ever-changing set of circumstances involving the child. The role requires initiative, creativity, problem solving and situational and shared decision-making skills.

What is so profound about the three radical ideas is how relevant they are even today. It was nearly 50 years ago when PEP’s founders adopted the core principles of Re-ED as part of their new and visionary programming for children with emotional disturbances. Despite a myriad of organizational changes and external pressures over the years, PEP has remained firmly tethered to these ideas. And it has served our mission well. Even with its odd hyphenated name and old-school origins, and even as the world around us has changed drastically, Re-ED is as revolutionary for our children and families now as it was half a century ago.