OUR INDIVIDUAL AND COLLECTIVE NARRATIVE MATTERS. IT HELPS US APPRECIATE OUR VALUE AND OUR INFLUENCE. 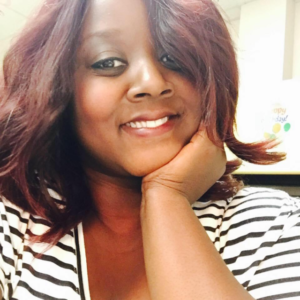 I never quite understood the importance and the magnitude of my voice — my right to vote — until I began to explore the in-depth history of Black suffragists, and particularly, Black female suffragists. These women have had a solid hand in the advocacy, the fight, and later the ratification of legislation that granted the right to vote to all citizens in our country. However, despite their crucial role in our nation’s development, the story of Black women suffragists is an unsung part of our history.

This month is Women’s History Month, which gives us a chance to look back at this untold story. It provides an opportunity to acknowledge the importance of these voices. Doing so can make a world of difference in the confidence and competence of our people. Being able to tie our own identify to tangible triumphs in our history helps to build our self-worth, our aspirations of growth, and helps us to establish an abundance of hope in others. As I began to explore Black female suffragists, these are a few of the women who inspired me and helped me to understand the importance and magnitude of my voice. 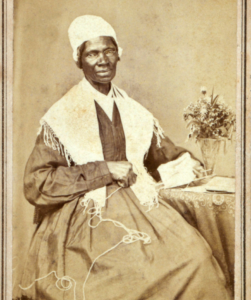 Born in 1797, Sojourner Truth (pictured, left) is regarded as the first nationally recognized Black American suffragist. She was born into slavery and later became a supporter of both equal rights and voting rights of women. Her delivery of the “Ain’t I a Woman” speech at the Women’s Right’s Conference of 1851 helped to unify the message that in order to truly free people from enslavement, they must also extend the right to vote to all people.

Born in 1825, Frances Ellen Watkins Harper was a proponent for the abolishment of slavery and voting rights of Black people. She was a successful writer and her anti-slavery talk, “Education and the Elevation of the Colored Race” further propelled support for both civil and voting rights. At the National Women’s Convention of 1866, she argued the urgent need to adopt the rights of Black women into the suffrage movement, which was not something that a vast majority of suffragists supported at the time. Black women were one of the first and most long-standing groups to adopt Black male suffrage into their mission of equality and suffrage rights for all.

Born in 1862 and born into slavery, Ida B. Wells was later freed through the Emancipation Proclamation issued by President Lincoln in 1863. As a journalist, she saw the ratification of the Fifteenth Amendment, which gave the right to vote to Black men. She also saw the horrors that were inflicted on to the newly freed Black men with the passage of this amendment. Black men were falsely held, tortured, and murdered for exercising their privilege to vote.

In response, Ida B. Wells formed the Alpha Suffrage Club for Black women voters. The group was invited to join the Alice Paul National Suffrage parade in Washington but were told to participate by joining at the back of the line because voting rights for Black women weren’t highly regarded as a part of the larger suffrage movement. Nonetheless, Ida B. Wells persisted in her advocacy, stoically marching to the front of the line, relentless in disobeying orders, to make sure that the voice of Black women was also heard.

Born in 1863, Mary Church Terrell, the daughter of a slave, was one of the first Black women in our history to earn a college degree. Later she earned her master’s degree and was the first Black woman ever appointed to a major city school board. She is also the co-founder of the National Association for the Advancement of Colored People (NAACP). This organization is still a crucial and thriving force today, advocating for political, educational, social, and economic equality of all citizens.  Mary Church Terrell worked tirelessly to unify those supporting the suffrage movement for both Black men and Black women.

A Legacy Lasting for Generations

While the Constitution grants the right to vote to all citizens, intentional and discriminatory practices threatened and continue to threaten the rights of Black people. However, our Black women suffragists persevered and advocated for the importance of the Black voice and for the Black vote. These women — Sojourner Truth, Frances Ellen Watkins Harper, Ida B. Wells, and Mary Church Terrell — all played a part in extending the opportunity to vote to many generations to come. If it weren’t for the grace, fortitude, and the intentionality of the great Black female leaders from our history, we would not have the liberties and freedoms that we all share today.

The Pride of Shared DNA

Black history is all our history and we only enrich ourselves when we open our hearts to our robust stories. By uplifting marginalized people in our world, we help to bring forth a truly democratic 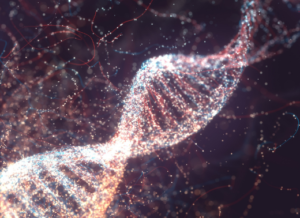 society. Our history helps to propel us forward. I encourage you to continue to explore the work of great Black women in our past and current history. Women like Condoleezza Rice, Michelle Obama, Stacey Abrams, and Vice President Kamala Harris are a true depiction of America’s DNA, which as I now appreciate, is my DNA, too.

Our individual and collective narrative matters. It helps us appreciate our value and our influence. That is why at PEP, we give our children and our families the space to tell their own stories. PEP puts them at the center and honors and amplifies their voice. We want them to know that they carry inside of them true greatness and potential. It is our job support them in writing the life story they want to live. We do this from a place of honor and strength. Our aim is to help them appreciate the power of their voices and give them space to make their choices so that they can see themselves as agents of their own destinies.