A Time to Remember, A Time to Give Thanks

I ALWAYS FEEL A PANG OF MIXED EMOTIONS THIS TIME OF YEAR. 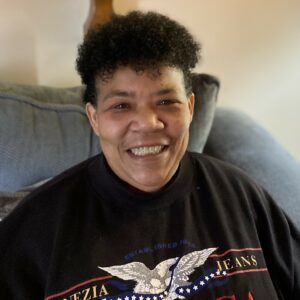 I love the warm traditions of Thanksgiving Day. Like many Americans, I gather with loved ones, enjoy a traditional turkey dinner, and give thanks for the blessings in my life. Yet, as the descendent of individuals who were embraced by Native Americans after escaping slavery,[i] I always feel the pang of mixed emotions this time of year. On the surface, these emotions come from what I feel is a missed opportunity for us as a nation to reflect on our history. Deep down though, it’s more than just a missed opportunity. When there is no true, deep accounting of your ancestors within the larger culture, it can feel a like you don’t really matter.

This year, even as we enjoy our Thanksgiving traditions, I think it is important to be deliberate in how we tell the story of the holiday’s origins and the events that followed it. This type of detailed accounting is not for the purpose of putting a damper on a beloved holiday, but rather, to give us the gift of a rich and nuanced understanding of our history and the people who came before us. It is so that we can be thankful not only for the bountiful meal before us, but also for the perseverance and resilience of our ancestors.

This fall, I feel particularly inspired to encourage others to educate themselves about Indigenous people in America. In addition to the reasons above, over the last few months, I’ve been keenly disturbed by the Ohio General Assembly’s attempt to legislate which details of our nation’s history are acceptable to teach in the classroom via House Bills 322 and 327. These bills aim to limit the teaching of “certain current events and certain concepts of race and sex,” and could effectively do away with our ability to share the rich and complex story of our past.

With these things in mind, I wanted to share some lesser-known details about Thanksgiving and correct some common misperceptions. It is also my hope that bringing this information to light can help ease the ache felt by those whose histories are often overlooked.

The first Thanksgiving myth that should be corrected is the very notion of a “first Thanksgiving.” In this commonly held view of the origin of the holiday, Native Americans (members of the Wampanoag tribe, to be specific) were invited to join the settlers to celebrate a bountiful harvest and thus the holiday was born. In truth, Indigenous peoples had celebrated a festival of the harvest well before settlers arrived on the shores of their land. It was a time to enjoy the fruits of their labor and give thanks for their good fortune. Referring to the harvest meal shared with settlers as the “first Thanksgiving” dismisses the generations of history that happened before it.

Also inaccurate is the idea that the Native Americans were invited to the colonists’ feast. In fact, the Wampanoag joined the festivities uninvited, as a reminder that they controlled the land on which the colonists were living. The sanitized version simplifies the complexity of the relationship between the Native Americans and the settlers. Yes, the Wampanoag aided the settlers as they acclimated to life on a new continent, but this aid was not necessarily given in the spirit of benevolent protector to grateful newcomers, as is often portrayed. With complex tribal politics surrounding the region, a growing number of settlers upsetting the balance, and disease killing large numbers of Indigenous people, the Wampanoag tribal leader, Massasoit, made a calculated political decision to aid the settlers in the hopes of gaining an ally.

The tenuous nature of this relationship highlights another aspect of the traditional myth that deserves clarification: this harvest meal did not create the enduring peace between the Indigenous peoples and the settlers that many may imagine. Within a matter of five decades, settlers outnumbered Native Americans in the area, and they continued to move further into the region. Relations between the groups deteriorated into King Philip’s War, which decimated the Indigenous population and ended with death, enslavement, or displacement for most Native people living in southern New England.

In the telling of the traditional Thanksgiving myth, there is a sense that the story ended when the feast was over. Failing to voice the rest of the narrative, one that was so devastating to Native American culture, can be very painful for some, particularly those whose ancestors suffered so terribly. This omission can make them feel almost as if their past has been erased.

To be sure, a historically accurate accounting of the origins of our national Thanksgiving holiday, isn’t as heartwarming as the tale we’ve been told. And while there is no way to take away the harms that have been done, acknowledging our history as it truly was, good and bad, is a start on the path of healing.

This idea of acknowledging the role of the past in a person’s well-being dovetails perfectly with the work we do at Positive Education Program. We understand that so many of the kids we serve have faced individual and systemic trauma in their lives. Because of this, all our services are trauma-informed, aimed at building resilience and helping children and families grow and thrive.

As we embark on this holiday season, I think it’s okay to recognize that despite the hurtful elements of our nation’s history, Thanksgiving is still an occasion for celebration. We do have so much to be grateful for. For me, it’s meaningful to come together with my family to give thanks not only for our many blessings but also that our ancestors were resilient and persevered despite overwhelming hardship.

I relied on several sources to help tell the accurate history of Thanksgiving. I recommend the following articles to learn more about this topic.

[i] In the spirit of transparency, I wanted to clarify my ancestry – or what I know of it – for this piece. I was always told by my mother that my grandmothers on both sides of my family were Native American. Recently, I took a DNA test and discovered that I do not have Native American ancestry – at least in my DNA. My relatives who might have been able to shed light on this discrepancy are gone, so I have done some research on my own. What I’ve learned and what I believe may be the case for my family, is that when enslaved people were freed or escaped, many had nowhere to go. Some of these Black families were “adopted” by Native American tribes. Whatever the case is for my ancestors, DNA or not, knowing this fact and knowing that my family has always had a special kinship with the Indigenous peoples, I feel comfortable in representing myself, at least in part, as a part of the Native American community.