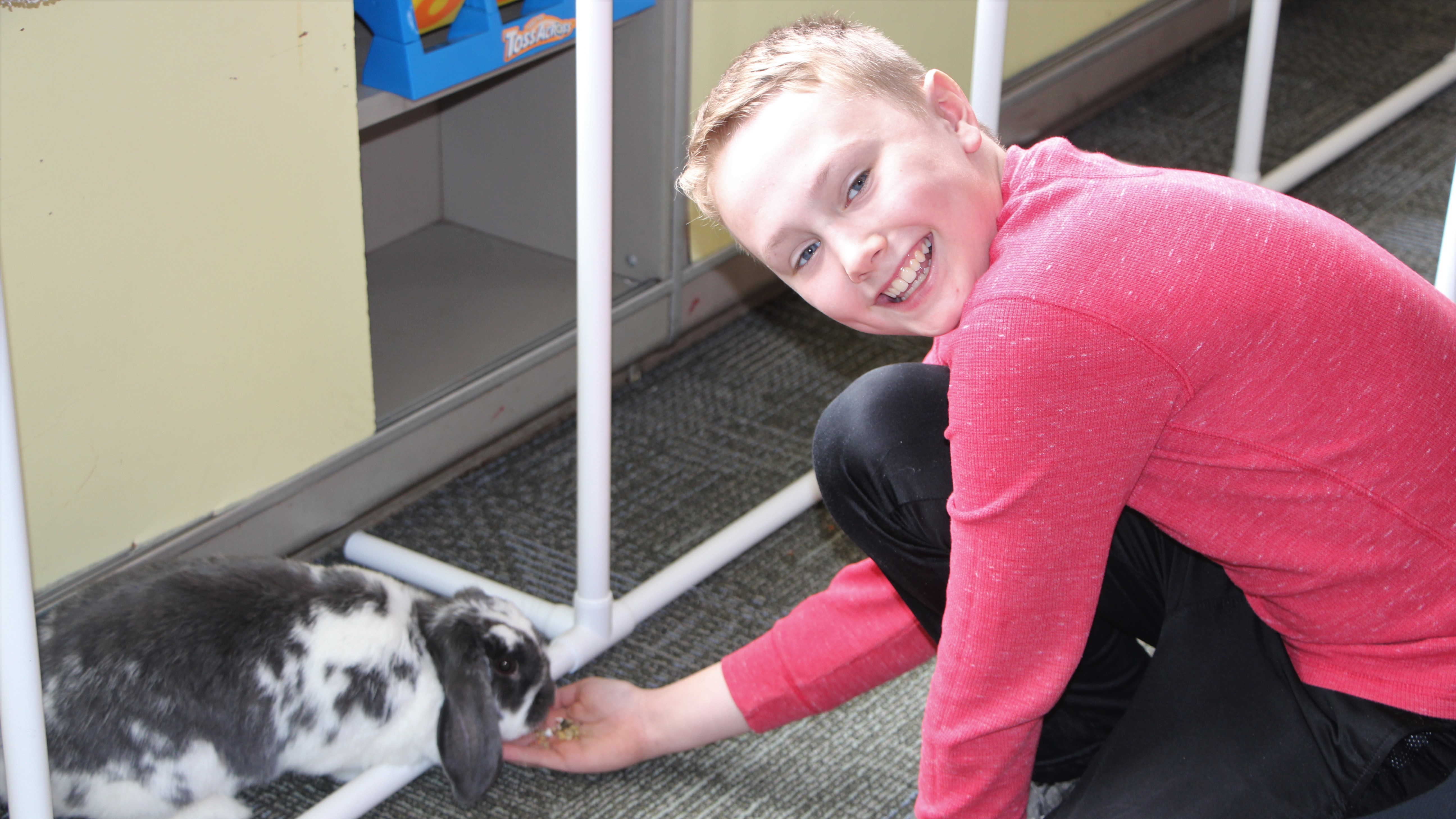 Animal-assisted therapy is an intervention in which each interaction aims to address a clear goal. Maggie Bago has always known that animals have a positive effect on emotional well-being, even before she knew the specifics. She began her time at PEP as an associate teacher counselor and quickly recognized the value of animal relationships on the students.

“I noticed that so many of my kids included animals as part of their safety plan. When they felt overwhelmed, they would pet their dog or cuddle with their cat to calm down,” Bago explained.

For each of the seven students participating in the data collection, Bago recorded three measurements before and after their sessions with Scooter, the program’s dog.

The findings confirmed what Maggie had suspected from the start. Animals – in this case, a dog – have a positive effect on students. The data was positive for all three areas measured. Specifically, the research indicated:

These findings are an important first step in demonstrating the benefit of AAT. “We had a lot of anecdotal evidence that AAT was helpful for our students, but we hadn’t collected any data to verify that,” said Bonamer. “These findings suggest goal-oriented animal-assisted therapy helps children get in the right mindset to learn.”

Bago is pleased, but not surprised by the results. She sees the data as validating what she already knows from working with the kids each day. “It was exciting to see the data turn out the way it did. There was never a negative correlation. We collected data on kids age 6-18 and it didn’t matter. It made a difference for everyone.”

Bago has continued the data collection project on a new cohort. So far, the findings are similar to those in the first group. The current data collection period will run through the end of January.